Home > News > Twin Peaks is Up for a Vote Twin Peaks has always been a gem of San Francisco’s parks and since early last year, the open streets here have served as an exceptional open space for residents to enjoy during the current public health orders. Now, after months of planning and public outreach, the City’s preferred proposal for permanent open streets on Twin Peaks is up for approvals. Can you send in a letter of support for this open space before it’s heard at the SF Municipal Transportation Agency (SFMTA) Board meeting next Tuesday, March 2?

At next week’s hearing, the SFMTA will propose to move forward with a closure at the Burnett gate. While this proposal is not as much open space those walking and biking on Twin Peaks have come to love in the last year, this is still a significant win of more permanent open space than what we had before the current health orders.

In the survey the SFMTA conducted at the end of last year, over 52 percent of respondents ranked keeping the Portola gate closed to cars highest of all five options. We recognize the proposal moving forward is still a win for permanent open space atop Twin Peaks and we will continue to advocate for the City to continue to look for opportunities to add additional permanent open spaces in the future. 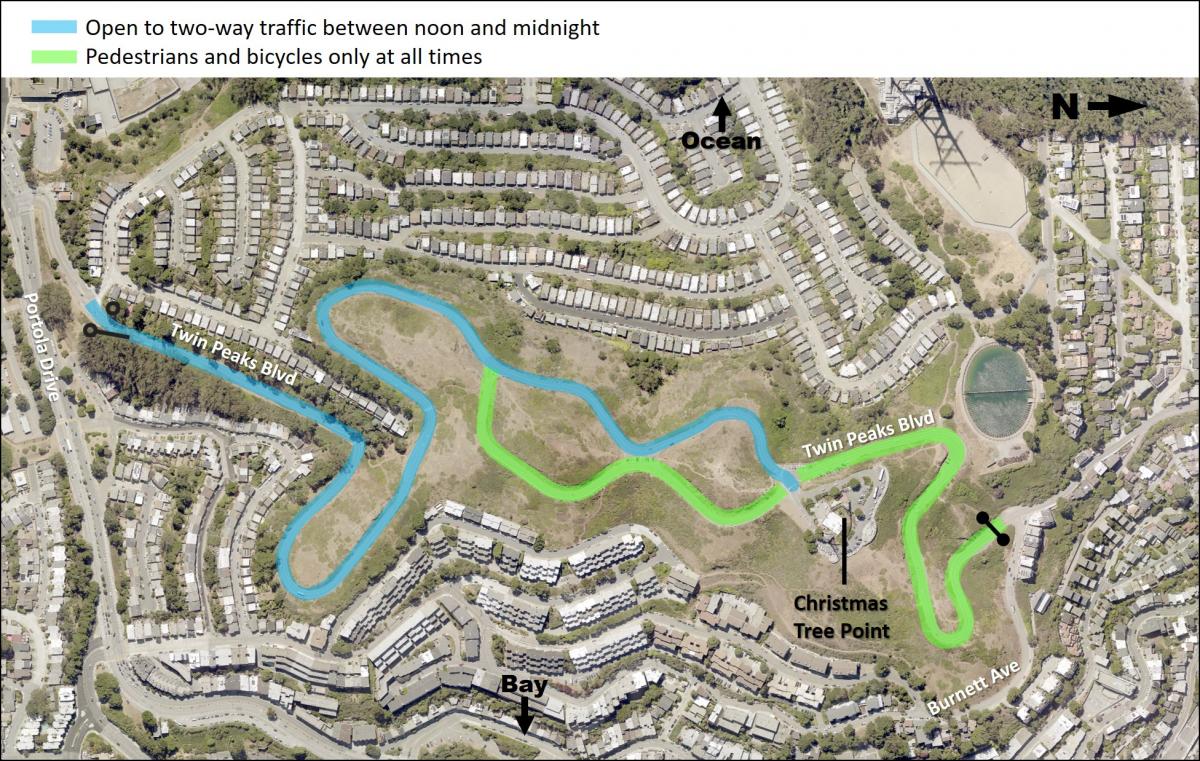 The Portola Drive option recommended by the SFMTA. 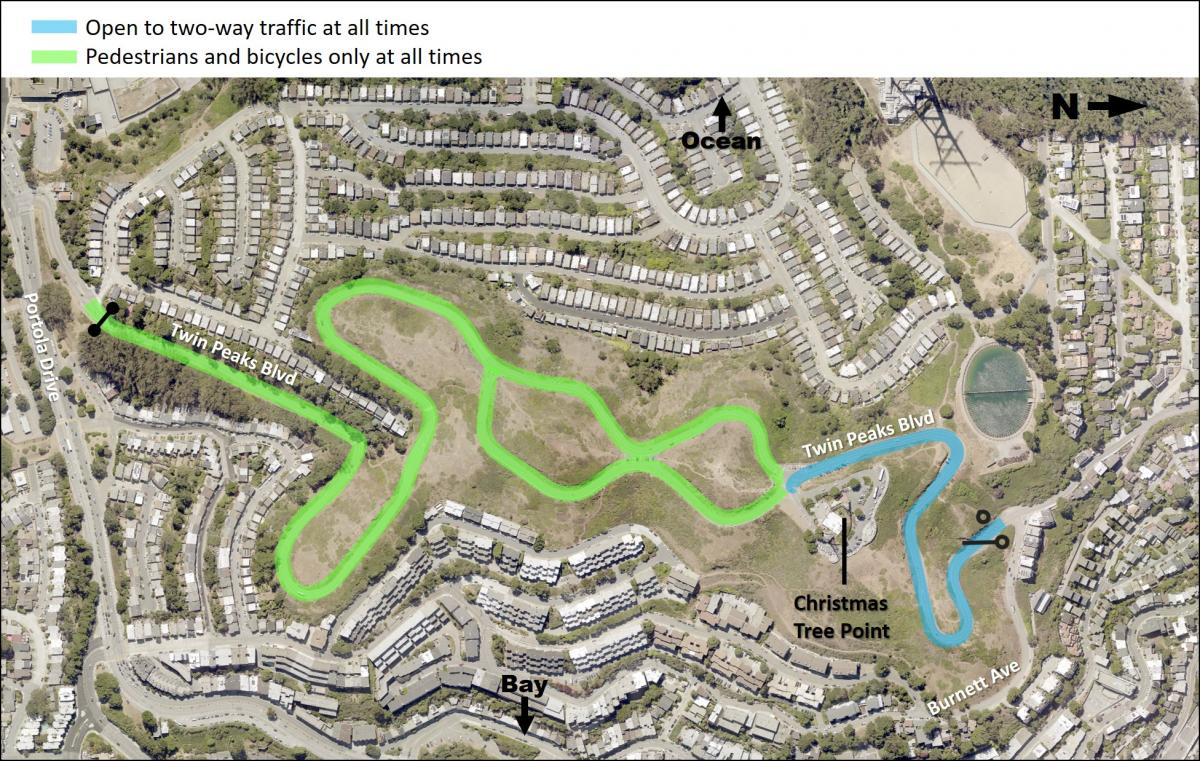 The Burnett Avenue option preferred by 52% of respondents.

As we look to the future of the City and what’s to come for the new open spaces and Slow Streets corridors, we must put people first and reimagine the spaces we live, work, and play in. This is where you, our members, come in.

While this current proposal for Twin Peaks isn’t our first choice, solidifying more car-free space on Twin Peaks is still a win for people walking and biking in our city. With your support at the SFMTA board meeting on March 2, we can ensure this space is made permanent and push the City to continue to find ways to prioritize more open space on Twin Peaks in the future.

Write a Letter of Support